Will prayer squares inspire a new ministry for you?
by Linda Post Bushkofsky 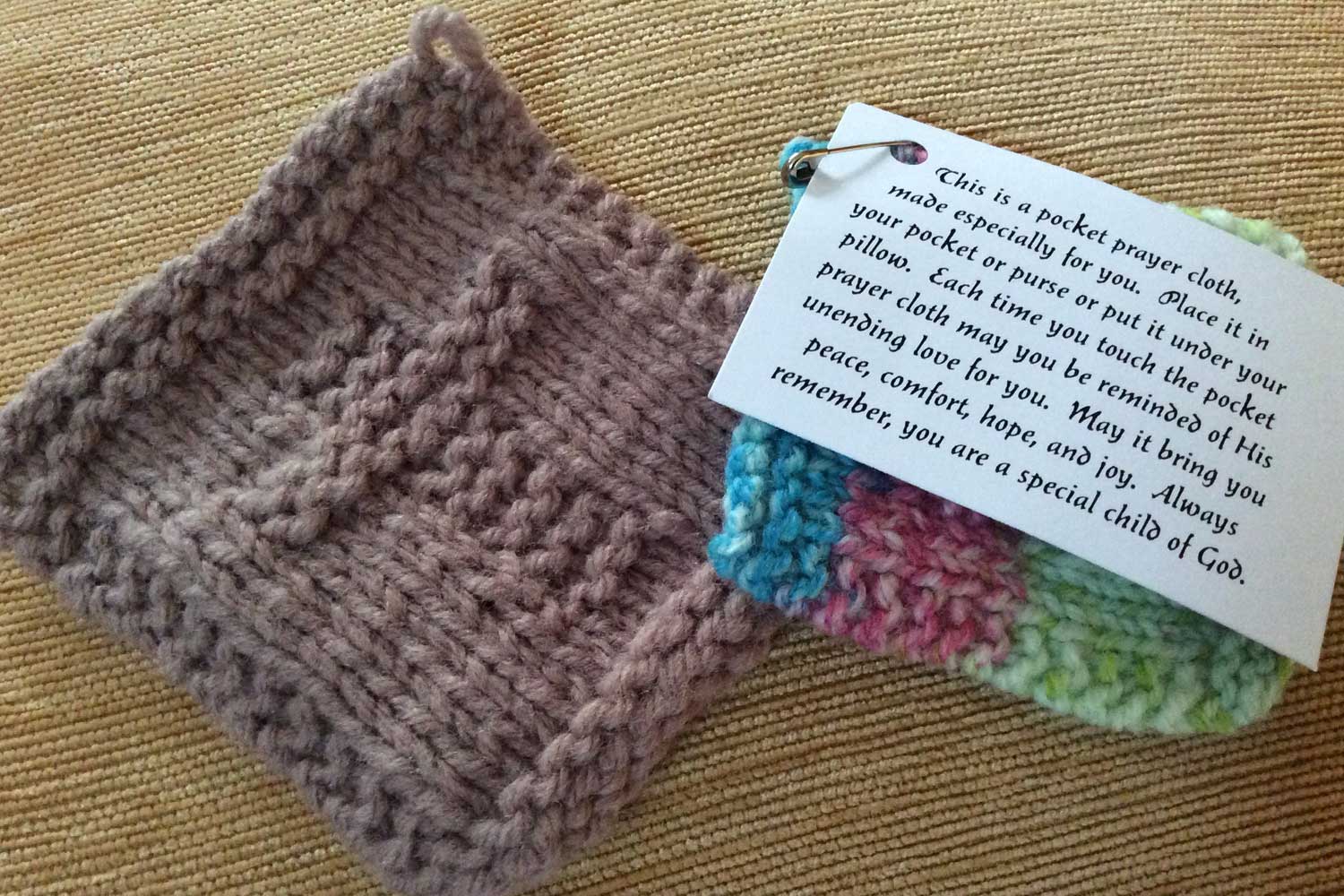 It’s been a busy fall for women across the church: retreats, conventions, gatherings and more. I’ve always thought that if you can walk away from an event with at least one new idea it’s been a productive time together in community. So, today I’m sharing one idea. Perhaps it will inspire a new ministry for you.

I first saw prayer squares at the Ninth Triennial Gathering where the women of the Northeastern Minnesota Synodical Women’s Organization (SWO) gave them out. When I visited the Eastern North Dakota SWO convention in September I picked up directions for both the knit and crochet version of the prayer squares. And just this past weekend, prayer squares were a dinner favor at the New England SWO convention.

So what’s a prayer square? It’s a piece of knitted or crocheted cloth, less than 5 or so inches square that can function as a small version of prayer shawl–made in prayer, with prayer, for prayer (as we say in my congregation’s prayer shawl ministry). Placed in a pocket or backpack or purse, the prayer square serves as a reminder: a reminder to pause and prayer and also a reminder that someone has already prayed for you. Download the directions for prayer squares here.

What new idea did you encounter this fall? All who read this blog want to know!

This adapted Throwback Thursday blog by Linda Post Bushkofsky, executive director of Women of the ELCA, first ran in October 2014 as “Fall findings.” It’s been one of our most popular blogs.